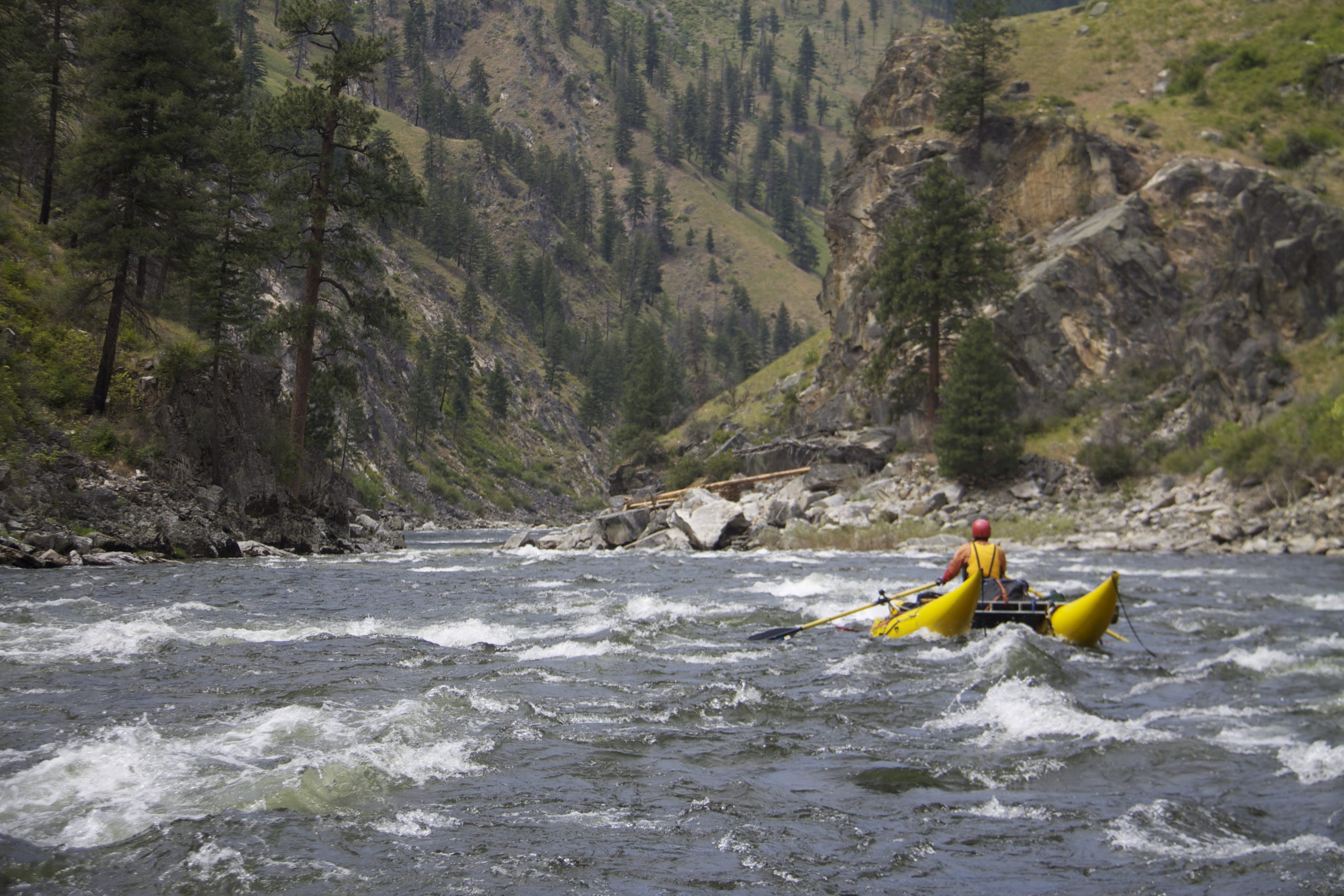 I know many readers of my blog don’t live in Idaho (hi Mom!), but a heated debate over a proposed gold mine here in central Idaho deserves your attention no matter where you live. I’m talking about the Stibnite Gold Mine. At its heart, the Stibnite mine is just a local issue. Like all extractive industry projects, it raises the question of whether the economic benefit is worth the environmental degradation to local residents.

But the Stibnite mine threatens a very special place, somewhere that should matter to all Americans who love our public lands. The proposed mine would sit directly adjacent to one of the largest and most-revered wilderness areas in the United States, the Frank Church/River of No Return. Additionally, it would be situated at the headwaters of the South Fork of the Salmon River, which as you might guess from the name, is vital habitat for Chinook salmon, as well as steelhead and bull trout.

The US Forest Service is currently accepting public comments on the proposed Stibnite mine until October 28. If you have time, I encourage you to read on, check out some links, and maybe even draft your own comment in support of these wild places and against the Stibnite Mine.

Midas Gold, the company hoping for approval to open the mine, has touted new jobs and a restoration plan that would alleviate the worst impacts of open-pit mining. Though they’re a Canadian company, they’ve created an Idaho shell company to sell the project to Idahoans, funding ball parks and community initiatives. On paper, their restoration plans sound good. While Stibnite is not currently in operation, it has been mined at various points for over a century. These mining operations have left the area highly degraded and in need of restoration. And one way to get that done? Permit Midas to begin mining the area again, with the exception that they devote substantial money and effort to restoration work. If you trust mining companies to do what they say they will, it could be a good plan.

But the evidence isn’t in favor of Midas Gold. Here are a few reasons why:

If all of that isn’t enough, the proposal may very well violate treaties made between the United States government and the Nez Perce tribe.

Save the South Fork Salmon is perhaps the most comprehensive source of information about the Stibnite mine and its potential environmental impact. If you would like to submit a comment, I recommend reading this first. The process is confusing and lengthy, but in many ways, that’s just the price you pay to be an advocate for the environment.