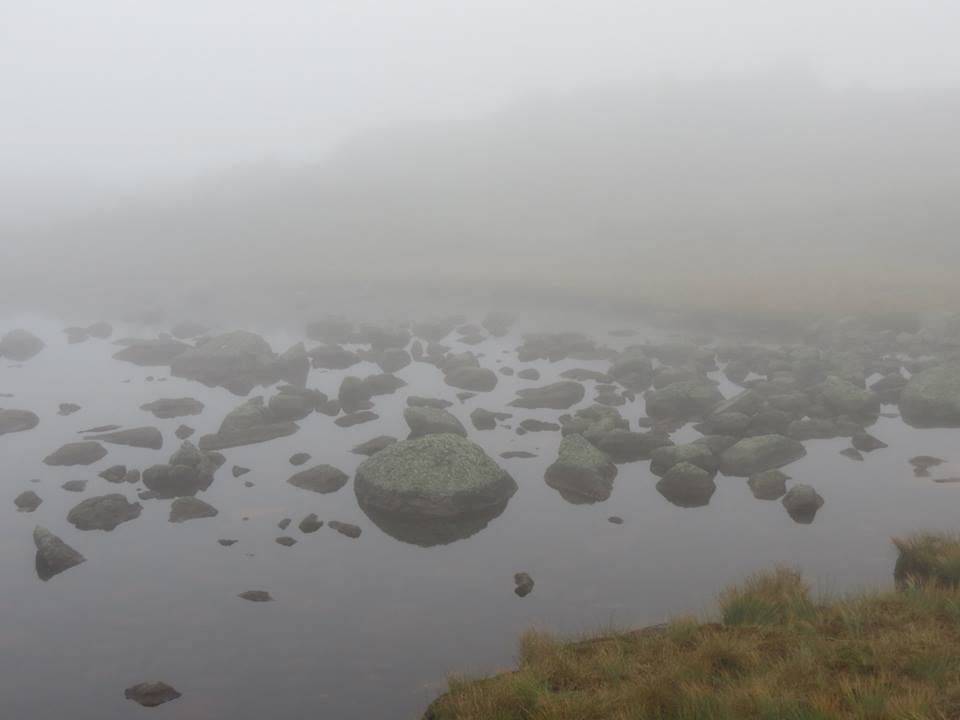 Quick story: my most recent hike was a simple one — a quick 19-mile loop in Western PA. An overnight trip. Not enough elevation change to mention, no route-finding, lots of water, good camping. A breeze. So when I turned up at camp and proceeded to knock over my water bottle and spill my last liter of water, I admit that in the back of my mind I was a little gleeful at having a problem to solve.

Now, if you listen to the gear companies — the “outdoor industry” — they make it sound like solving problems and adapting to situations isn’t the point. They say: buy our stuff and you’ll be so comfortable that it’ll be like you never left the house. But, of course, anyone who has been on a weeklong trip or similar knows the companies are the ones missing the point.

I’m not saying gear is bad. I have a lot of it, and some of it is really nice. But on any trip, you will get to the point where things aren’t comfortable, and new gear won’t change a thing. Your feet hurt, but it’s because you’ve put in 18 miles since dawn, not because you’re wearing the wrong shoes. Your hands are cold, but it’s because you have be barehanded in 20 degree weather to light your stove for dinner. It’s not because your gloves suck.

And it’s at times like this when I start to really feel alive out in the woods, because you only have one choice to make — adapt to the situation, or be miserable.

So I was out of water. It wasn’t too bad. I had already made dinner, and I would be hiking past plenty of streams in the morning, so I didn’t need much to get through the night. I had two choices — hike off-trail to a stream about a mile away, or melt snow. It was 18 degrees out and dropping, so I started gathering snow. I liked the idea of a having water bottle full of hot water in my sleeping bag later that night.

Melting snow. I was using the same pot and stove I had just cooked my dinner on. There were a few burnt noodles on the bottom still, but I wasn’t getting the residue off without soap, so I started packing the snow in. That’s when I encountered another problem. The snow was quite dry, so I was going to need a lot of it. I also knew from experience that melting snow is a lot easier if you start at first with some water and add only a little snow, otherwise half of the snow will evaporate instead of melting. Too bad — I didn’t have any water. But I did have a few mouthful of Gatorade swishing around in one of my bottles, so I dumped that in the pot. Now I was adding snow to a hideous mix of fruit punch Gatorade and the salty burnt remains of my chicken-flavored instant pasta. Mmm.

It went off without another hitch and ten minutes later, I had a Nalgene full of boiling hot “water.” Given my resources, it was the best I could do until morning. I decided I wasn’t too thirsty anyway and crawled into my tent, content to use the Nalgene as a foot warmer for a while.

Later, when I awoke in the middle of the night with a parched throat, I reached for the water. It was still lukewarm, and tasted like watered-down chicken stock. It was not good, but I knew it was hydrating. And right then, curled in my sleeping bag on a 15 degree night, with no other water nearby, and only the gear I carried on my back, I knew it was the best I could do. It could soothe my dry throat and wet my cracked lips. It wasn’t a matter of life or death, but even if it was, I would be okay. I took a gulp and  started to laugh — the mad revelry of a hiker who has realized the joys of discomfort.